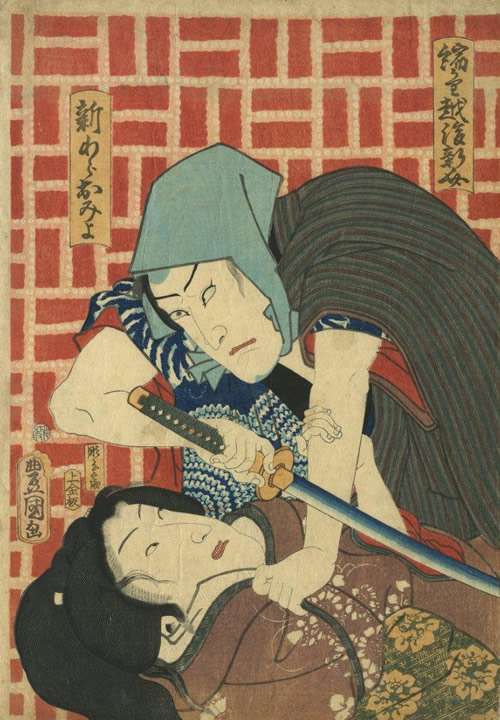 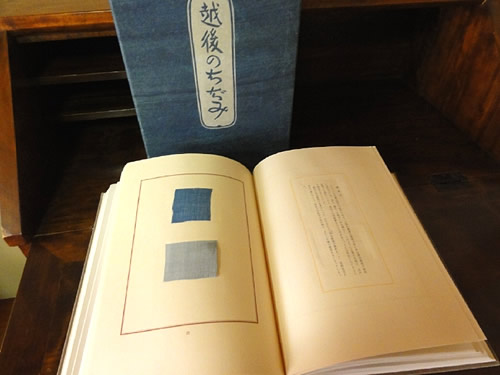 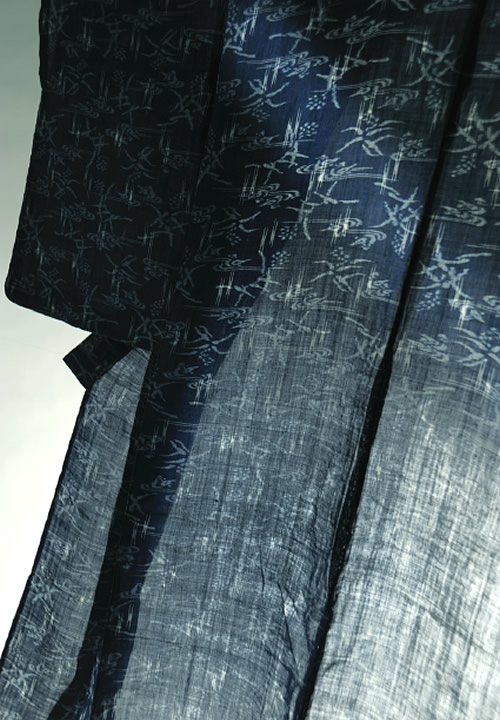 Nishiwaki Shoten was founded in 1773 as a wholesaler of chijimi fabrics. The Nishiwaki family came to dominate chijimi selling, and Shinjiro, second son in the head family line, established a branch business with the name Sai-shin. He peddled his wares in Edo. This was the beginning of Nishiwaki Shoten.

Echigo has a long history of ramie fabric production, and there even exists today some ramie fabric made in the 8th-century, kept in Shoso-in repository in Nara, sent there from Echigo as tax. At the end of the 16th century, Uesugi Kenshin built his strong warlord domain on the back of ramie fibre – the raw material of ramie fabric. Naoe Kanetsugu, one of his chief retainers, encouraged further cultivation. The region was transferred from one warlord to another, and ramie cultivation and production of fabrics spread across Aizu and Yonezawa.

In the late Edo Period, Horijiro Masatoshi, originally from Akashi domain in Harima, invented a way of crinkling the cloth surface, called chijimi. This was done by sharply twisting the wefts of existing Echigo ramie fabric, and the resulting Echigo-chijimi gained a reputation as a cool and comfortable fabric for summer clothing. Production dramatically increased when it was designated the official material for dress at the Shogunal court. Around 1780, enough to make 200,000 kimonos was produced annually. The distribution centre of Ojiya was filled with dozens of wholesalers, and the business brought art, culture and links with Kyoto and Edo, making the town prosperous.

In such historical circumstances, Shinjiro I began Sai-shin (now Nishiwaki Shoten) taking customers from the main Nishiwaki business. Around 1830, having bought shares in major chijimi stores in Edo, he began running a trading business in woven fabrics at an inn in Nihonbashi. He expanded his business by personally visiting many senior shogunal retainers (hatamoto) in Edo, including the powerful Tayasu family (one of the Tokugawa family’s three cadet branches), and he also extended his market to commoners. Shinjiro V (childhood name: Shinsuke) was a famously active Nihonbashi textile merchant at the end of the Edo Period. He is the model for the character Chijimi-ya Shinsuke in the kabuki play Hachiman-matsuri Yomiyano Nigiwai, by Kawatake Mokuami, first performed by Ichikawa Sadanji IV.

Chijimi was loved by the samurai class, but social change in the closing days of the Tokugawa regime forced a reduction in production to just 100,000 one-kimono-sized bolts annually by the time of the Meiji Restoration. After the collapse of the shogunal regime, Sai-shin shifted its main clientele to townspeople. According to the official history of Ojiya City, Ojiya-chijimi was shown at the Vienna World Fair of 1873, and was also exported to Shanghai. However, ramie fabric reached a turning point when machine-spun yarn began to take over. Sai-shin then expanded production and sales into silk fabrics, bringing pattern designers to Tokamachi and Ojiya from Tokyo, and by developing new technologies and introducing machine looms. Sai-shin opened a Tokamachi branch in 1907 and became incorporated as a limited liability company in 1920, under the company name Nichiwaki Shoten Co., Ltd.

Shinjiro VIII loved fabric and devoted himself to its production and research. He compiled two books, Ojiya-chijimi ko (research into Ojiya-chijimi) and Ojiya-chijimi shi (a history of Ojiya-chijimi). Shinjiro IX succeeded to his predecessor’s passion just before the period of post-war high economic growth, and managed to preserve this beautifully woven, hand-crafted fabric, with its unique technique. He encouraged the whole Ojiya region to move towards registration of Ojiya-chijimi and Echigo-jofu, and these duly became the first Important Intangible Cultural Properties in 1955. Shinjiro IX was particularly keen to innovate and preserve the high quality hand-craft techniques of the Ojiya region, and he offered technical assistance and support to the silk textile industry. He was an admirer of the Mingei Movement, and was always enthusiastic about technical cooperation between different crafts, while being deeply involved in the production of woven fabrics.

Nishiwaki Shoten is a manufacturer and wholesaler of Ojiya-chijimi and Echigo-jofu, and of Japanese woven fabrics in general. Kazutaka Nishiwaki, the current President and Representative Director, places quality first, pursuing beautiful woven textiles based on the high-quality craftsmanship and meticulous care.

Sincerity Through Fabric --- producing woven fabrics suitable to an ever-changing society and meeting contemporary needs while basing ourselves in history and tradition. For 240 years it has been our unchanging policy to deliver the true value of fabric.